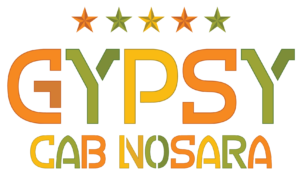 In prior blogs, we discussed what Nosara is, what to anticipate from Nosara, what to bring, how to get there, and, in general, everything Nosara.

In this article, we will look at what is around Nosara. We shall first describe the Nosara region, and then look northwest and southeast of this magnificent location.

Nosara is a district of the canton of Nicoya in Costa Rica’s province of Guanacaste. It includes Playa Garza, Playa Guiones, Playa Pelada, and Playa Nosara, and then continues up the mountain to the northeast. It covers an area of 134.57 square kilometers and rises an average of 6 meters above sea level.

Route 160 runs through it from southeast to northwest, abutting the ocean, and has a number of local roads from route 160 to the shore, as well as many local roads to the northeast that skirt the mountain for a few kilometers up.

Nosara is a valley watered by the Nosara River and surrounded by hills with views of the valley and the Pacific Ocean.

Any region more than two miles from Route 160 is extremely difficult to access and requires a four-wheel drive vehicle to enter. Outside of Nosara’s tourism region, Ostional Beach lies in the northeast and Garza Beach is in the southwest, both of which are described in this article.

Ostional Beach is the heart of the Ostional Wildlife Refuge, which comprises the beaches of Nosara and Ostional and is largely marine in nature.

One of the greatest arrivals of turtles that come to the shore to deposit their eggs occurs on the beach of Ostional, and it is a sight to behold. There is a tour guide organization in Ostional that, based on years of experience, can forecast that the enormous arrival will take place a few days ahead.

The phenomenon is particularly unusual since the turtles arrive at the sea at different times, but they wait until there are a great number of turtles so that they all leave the water for the shore at the same moment, resulting in a spectacular natural show.

Ostional has relatively little infrastructure, and access from Nosara is frequently limited by the possibility of cars crossing to the other side of the river, as there is no bridge.

When the river is overflowing, you can go all the way around, which means going to Nicoya, up to Santa Cruz, and back down. It’s a three-and-a-half-hour journey. The most realistic alternative is that automobiles cannot always cross, but people can, so you can transfer, travel to the river, walk, and on the other side of the river, another unit will arrive to pick you up and transport you to Ostional beach.

Nonetheless, my proposal is that when you arrive in Nosara, ask the receptionist of your hotel or the administrators of your property to inform you of the above, so that you may plan to attend one of the events. I assure you, this is the most magnificent thing you can view.

The best period to witness the huge arrivals is from August to November, which coincides with the rainiest seasons. Arrivals occur throughout the year, although not in such high numbers.

Four turtle species, including the Hawksbill Turtle, spawn in Playa Ostional on a periodic basis throughout the year. The Pacific green turtle, sometimes known as the black turtle, does this rarely during the year. Between October and April, the leatherback turtle is significantly more visible than the others. and the Kemp’s ridley, which breeds in high numbers throughout both the wet and dry seasons.

The Kemp’s Ridley turtle may be what makes this location so essential since, unlike the others, this turtle nests in large numbers during a specified period of each month of the year. They are normally 3 to 4 days long, but can sometimes last up to 8 days, and can attract up to 170,000 turtles at once, both at night and during the day.

Following Ostional north, there is a lengthy list of stunning, tiny beaches that showcase the greatest attributes of Guanacaste’s famed beaches. Route 160 continues along the coast, passing through San Juanillo before ascending to Tamarindo.

San Juanillo is a white sand beach in a little bay, very calm and virgin, with minimal currents, suitable for leisure. It is the nicest beach I have ever seen.

After San Juanillo, there is an unending number of magnificent beaches, each with its own unique qualities, such as Playa Azul, Playa Pitahaya, Playa Coco, Playa Lagarto, and so on.

Playa Garza is located southeast of Nosara, on Route 160, just before arriving at Nosara. This is an example of what Guanacaste beaches used to look like before the tourism boom.

Playa Garza remains a rustic, simple spot with few structures, and the beach is shaded by palm trees that run along the length of the beach. Playa Garza is a tiny bay with little currents, excellent for swimming, but with occasional waves for surfing, and it is normally a quiet beach. Because the terrain is perfect for sport fishing, some sport fishing boats regularly dock in this calm harbor.

In front of the road lies a little settlement, and a little beyond the town are cow meadows. The Hacienda La Nueva Esperanza is located in this area and is known for its breeding of fighting bulls, which had its most notable success around the year 2000 with the birth of the subsequently highly famous Toro Malacrianza.

With a few unlucky deaths, that bull lasted for 15 years and was one of the primary attractions in bull riding around the country, and was beaten by just two riders who went on to renown.

It is a very important cultural component in our nation, inherited from Spain during the colonial era, shared with certain other areas and countries, from Texas to Brazil and beyond, but with its unique details in each location, making it one of many on the globe.

Most large, medium-sized, and even small towns throughout the country, but especially in areas far from the capital, celebrate parties, most of which are dedicated to the patron or saint of the location, and within these parties are sales of meals and gambling games. But you can’t miss the fight and bull riding, Costa Rican style.

The Malacrianza became so well-known in this subculture that the farm’s owner, even after his death, erected a statue of the legendary bull on the farm’s main road, which connects Garza and Nosara.

South-east of Playa Garza are a number of beaches, including Playa Barco Quebrado and Playa Barrigona, where famed actor Mel Gibson built one of his vacation houses. In general, all of these beaches are undeveloped, pristine, and unique in their own way.

So, we arrive at Samara Beach, another popular tourist site in Guanacaste. There is an excellent tourist infrastructure, several hotels and restaurants, and a wide range of activities, tours, and, in short, everything a visitor might desire. There is also a broad selection of real estate available in its surroundings, such as in Nosara.

We will know not only Nosara but also its surroundings, where there are paradisiacal locations with unique qualities that ought to be recognized, explored, and visited. We couldn’t even cover the entire Nosara Mountain area in one article due to the spectacular vistas, little communities with productive people, difficult access, and lack of development.

The possibilities in this area are limitless, yet discovering them will take you a lifetime. We’ll talk about where to stay, where to dine, what to do, surfing activities, yoga, and everything else Nosara has to offer in the next posts.